Radio Sweden International is the department for SR’s External Service (Radio Sweden) and the ethnic language programmes for domestic transmissions (except Finnish and Sami/Lappish).

The main objectives of the External Service are:

Broadcasts reach audiences via short wave, and in Europe, also via medium wave. Radio Sweden is on satellite in Europe and North America, where national and local radio stations downlink and rebroadcast programming.

Programmes are produced in Swedish, English, German, Estonian, Latvian and Russian, with the focus on news and current affairs.

Radio Sweden’s MediaScan is the world’s oldest program of its kind, on the air since 1948. Originally solely about shortwave radio, the program was called Sweden Calling DXers. Arne Skoog founded the program in 1948. (Arne passed away on June 7, 1999.)

Arne Skoog, a pioneer in International Broadcasting and the DX community, passed away on June 7, 1999, in his beloved home province of Jämtland. 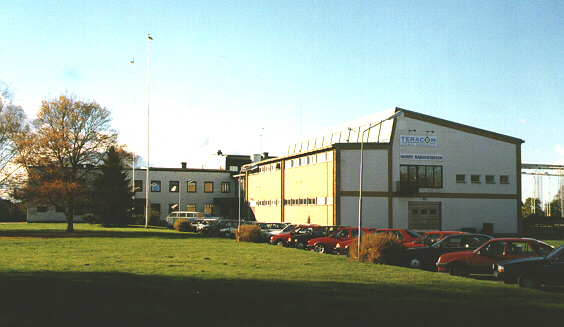 In 1948, Arne, then a young engineer at Radio Sweden, founded Sweden Calling DXers as a way of keeping listeners in touch with news in the world of international radio. Shortwave came into its own during the Second World War, and after the war shortwave listening became a popular hobby. But hobbyists needed access to the latest news, and Arne felt the best place for them to find out was on a shortwave station.

Many hobbyists say they remember Arne presenting Sweden Calling DXers, which is curious since he never did. Arne wrote the scripts, which were read by colleagues, first by the English Service, and then in all of Radio Sweden’s langauges, except, ironically, Swedish.

Initially Arne gathered all his own news for the program, but soon listeners were writing in with material for the program. Almost immediately a written version of the program scripts was being mailed out to everyone who contributed. At its height there were between 1500 and 2000 names on the list, and they constituted a “Who’s Who” of the shortwave community.

When Arne retired in 1978, on the program’s 30th anniversary, George Wood, who wasn’t even born in 1948, took over. But changing times and new Radio Sweden management led to radical changes with the introduction of satellite brodcasting in the 1980’s.

The mailing list was discontinued, and the program became a twice a month English-only program called MediaScan, which concentrated more and more on satellite DXing and general Scandinavian media news.

Arne passionately objected to the changes, and tried to find support to reverse them, criticism that did not make him popular with the management at the time. 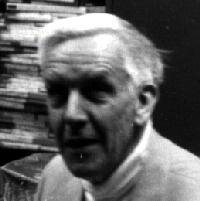 Arne Skoog was also one of the founders of the Swedish DX Federation, and later the European DX Council. He rejected, however, the sometimes expressed claim that he was “the father of all Swedish DXers”. (Although he and his wife Maj-Britt, who he always affectionately referred to as “Cactus”, did seem to have quite a brood.)

In his retirement, Arne turned to his second pastime, violin-making, for which he was quite respected. He taught many courses in the skill.

On behalf of many DXers and SWLs throughout the world I am sure we are all very sorry to hear this sad news. Arne came to be known as one of those people who invited us into his “home” and introduced us to the hobby of DXing. The world will be a sadder place for his passing, but his legacy will live on.
(Michael Murray, former Secretary General, European DX Council)

With deep regret I have heard that Arne Skoog died just a few days ago. Being Secretary General of the European DX Council in the 1970’s, I have met him quite often, stayed several times with family, and we became something like friends…I liked his friendliness, his experience, and his advice. I deeply regret to have lost a friend.
(Rudolf Heim, former Secretary General European DX Council)

I had the privilege of working with Arne when I presented Sweden Calling DXers for just under two years back in 1966-67. Arne was a quiet, very traditionally-minded man, who appreciated and lived simple values, His support for shortwave as the classic and vital medium for international broadcasting will surely prove to be far-sighted. Arne did his own thinking, and did not allow himself to be distracted by buzzwords and fads. We could use a few more people like that. He will be well-remembered in our “logbook”.
(Bob Zanotti, with Bob Thomann, former presenters of Swiss Radio International “Shortwave Merry-go-Round”)

…I will always remember Arne with affection too, as he was the guy who gave me the confidence to become active in the DX hobby rather than just being a passive listener. It was always a thrill when he picked my items to use out of the many he received each week.
(Andy Sennitt, former editor “World Radio TV Handbook”, now Radio Netherlands Real Radio)

Arne was the godfather to those of us in the DX/media show business.
(Kim Andrew Elliott, Voice of America “Communications World”)

We Third World DXers are grateful to this man more than any other I am sure. If not for him we would not have been in contact. It was Sweden Calling DXers that turned us into DXers. We may otherwise have been casual SWLs and our interest would not even have developed. His vision was our outlet to the International DX Scene, and the platform where we came into contact with the rest of the world.

What launched the Ceylonese SWL Club in l966 and our entry into the International DX Press was Arne and SCDX. Through SCDX we were heard all over the world. Many lasting friendships were built and information that we could not get otherwise was brought to us. Frankly a great part of the internationalized hobby owes it to Arne’s vision.

Change must come as times change but Radio Sweden was never the same after the demise of SCDX. It because just another station for most of us.

I am thankful that I was able to meet Arne in l984 when George Wood invited me as Guest of Honour to the EDXC l984. Today as we say good bye to a great man who has meant so much to us DXers, I am happy I was able to touch the hand that brought so many of us together. A good life has come to an end. I am richer for having been touched by him.
(Victor Goonetilleke, Union of Asian DXers)

I do not know how to express my feeling about the sad demise of Arne Skoog, the DX father of all of us. It is really a shocking news for the DXers in South Asia and to the world DX community. The three names we could not forget were Arthur Cushen, Arne Skoog and Harry van Gelder.

In the late 60’s when there was no electronic bulletins like today we had to depend on the famous SCDX – the only source to know some DX news. We, the DXers, were known to each other through SCDX. Still I can well recollect all those famous DXer’s names heard over the SCDX. If we missed the b’cast then there was the printed version of SCDX…

…After seeing the printed version…I got the idea of starting a DX bulletin under the banner ‘Radio DX Club of India’. Later, in 1973 four Indian clubs merged together and formed ‘INDIAN DX CLUB INTERNATIONAL’. At that time the only publicity or contact we got were from SCDX and DX Juke Box. Most of the members of the club got in touch with us through these two programs…

The DX news from South Asia were known to the whole world through SCDX and everyone came to know the radio scene in this part of the world through our contributions in the programs…We were very indebted to Arne for the immense help for the DX community.
(Alok Das Gupta, India)

Please pass along my personal sympathies, as well as those of the executive and membership of the Ontario DX Association, to his family, and his friends past and present at Radio Sweden. During the 1970’s, when my DXing interest took a firm hold, Arne’s Sweden Calling DXers programs and bulletins were an invaluable source of information…Arne will be missed but I am thankful that he had a long life and that although we never met, he was still my DX friend.
(Harold Sellers, Ontario DX Association)

My condolences to all at Radio Sweden and to his family and friends on the loss of Arne Skoog. His was one of the first voices I heard on shortwave, back in 1975 when I started DXing as a schoolboy. Sweden Calling DXers was a favourate programme of many.
(Chris Brand, Britain)

Regarding the loss of a great person…I send my sincerest condolences to his family and Radio Sweden.
(Gabriel Ivan Barrera, Argentina)

To everyone at Radio Sweden, I wish to pass on my condolences over the passing of a truly great radio personality…We’ll miss Arne, a dear friend of the international listening community.
(Walter Salmaniw, M.D., Canada)

Just learned the most sad news from the Internet…I (and I’m sure many other DXers in the former Soviet Union) are very much obliged to SCDX and Arne for helping me find my way to the hobby…in the early 70’s this was the only and most comprehensive program in Russian…I’ll keep the warmest memory about this Great Man forever.
(Vladimir G. Titarev, Ukraine)

Russian DXers are very sorry to hear of the death of Arne Skoog. On behalf of the Russian DX League bulletin “RUS-DX”, (I would like to) express deep sorrow and most heartfelt sympathy, especially to the colleagues from Sweden.The long and bright life of Arne Skoog should inspired anyone who has a love for radio.
(Anatoly Klepov, Russian DX League)

My sympathies to the Radio Sweden family on the death of Arne Skoog. He will be missed!
(Maryanne Kehoe, Georgia, USA)